Posted at 15:42h in Taxation by Ronald Cappuccio 0 Comments
0 Likes 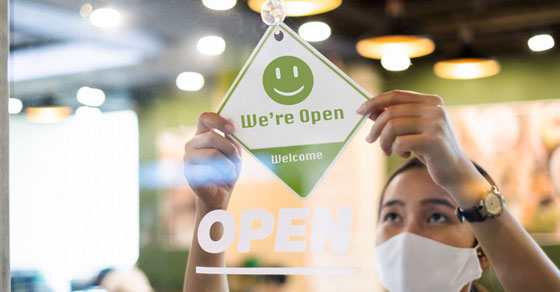 If your business was fortunate enough to get a Paycheck Protection Program (PPP) loan taken out in connection with the COVID-19 crisis, you should be aware of the potential tax implications.

The Coronavirus Aid, Relief and Economic Security (CARES) Act, which was enacted on March 27, 2020, is designed to provide financial assistance to Americans suffering during the COVID-19 pandemic. The CARES Act authorized up to $349 billion in forgivable loans to small businesses for job retention and certain other expenses through the PPP. In April, Congress authorized additional PPP funding and it’s possible more relief could be part of another stimulus law.

An eligible recipient may have a PPP loan forgiven in an amount equal to the sum of the following costs incurred and payments made during the covered period:

In general, the reduction or cancellation of non-PPP indebtedness results in cancellation of debt (COD) income to the debtor, which may affect a debtor’s tax bill. However, the forgiveness of PPP debt is excluded from gross income. Your tax attributes (net operating losses, credits, capital and passive activity loss carryovers, and basis) wouldn’t generally be reduced on account of this exclusion.

The IRS has stated that expenses paid with proceeds of PPP loans can’t be deducted, because the loans are forgiven without you having taxable COD income. Therefore, the proceeds are, in effect, tax-exempt income. Expenses allocable to tax-exempt income are nondeductible, because deducting the expenses would result in a double tax benefit.

However, the IRS’s position on this issue has been criticized and some members of Congress have argued that the denial of the deduction for these expenses is inconsistent with legislative intent. Congress may pass new legislation directing IRS to allow deductions for expenses paid with PPP loan proceeds.

Be aware that leaders at the U.S. Treasury and the Small Business Administration recently announced that recipients of Paycheck Protection Program (PPP) loans of $2 million or more should expect an audit if they apply for loan forgiveness. This safe harbor will protect smaller borrowers from PPP audits based on good faith certifications. However, government leaders have stated that there may be audits of smaller PPP loans if they see possible misuse of funds.

Congress has not taken the necessary steps to clarify and simplify the PPP loan forgiveness process. There have been a number of proposals that would allow a short form of almost automatic forgiveness if the PPP Loan is less than $159,000. Frankly, the forgiveness process proposed by the SBA is complicated and will require substantial work by your tax lawyer and internal bookkeeping staff.